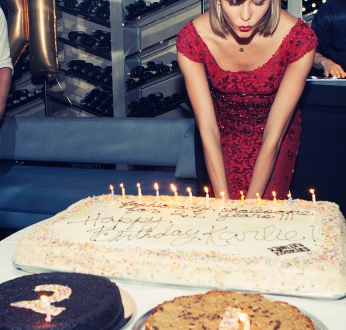 When American model Karlie Kloss celebrated her twenty-first birthday last week, her guest list was stacked with some of the biggest names in entertainment and fashion, many of them barely of legal drinking age themselves. It’s not a thing many of us can relate to: leaving grade school at an early age to pursue a career that will take you all over the world and change your life forever. You miss out on a “normal” education, on stability, and team sports and sneaking out of your parents’ house to hang out with friends. Suddenly you’re in the public spotlight but must still endure the growing pains of adolescence. 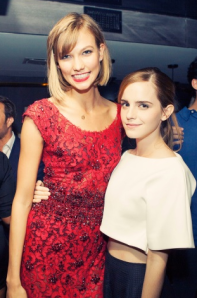 Kloss began modeling when she was only fourteen, and says that the last six years have gone by in what feels like an instant. One day she was a normal teenager, the next – jet setting all over the world for fashion shoots, making more money for herself than most adults would know what to do with. At the party she joked how “It’s funny because I’ve already been able to travel the world and buy my own home, but only now can I finally have a drink!” The gorgeous birthday girl isn’t the only one who started her career young; partygoers and friends like Emma Watson and Lauren Santo Domingo also began their careers in modeling and entertainment from a very young age.

Watson, who landed her life-changing role as Hermione when she was only nine years old, knows a thing or two about growing up fast in the entertainment industry. She is revered for being a young starlet who has maintained grace and composure throughout her experience in the public eye; other child stars have endured a tumultuous relationship with the press in an industry that is notorious for chewing up young actors and spitting them out. Kloss, known for being a kind and compassionate model, joins the ranks with Watson and others who are not only famous models and actors, but are also grounded. 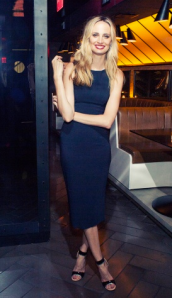 Both of these young women can take cues from fashionista Lauren Santo Domingo, who is as known (and adored) for her contemporary air of class as she is for her fashion chops. The wife of another young entrepreneur, Andres Santo Domingo, Lauren started modeling at a young age, a path which led her to working for Vogue, becoming muse to some of the world’s most renowned designers, and even launching her own curated fashion boutique.

Each of these women have certainly experienced what it’s like to grow up fast; they could all afford to buy homes before they could even legally enjoy a drink to celebrate their own achievements. Kloss may have just turned 21, but it really does feel more like 20 going on 45.