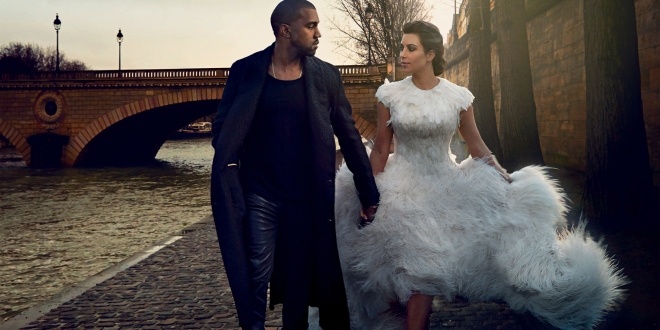 Neither reality TV star and fashionista Kim Kardashian nor her fiancée, rebellious music icon Kanye West, are strangers to controversy, which is exactly what the duo caused after their Vogue cover hit shelves last week. Rumors have been circulating for months about how Kanye has been aggressively pressuring iconic Vogue editor Anna Wintour to feature Kim on the glossy’s cover. This new controversy comes not too long after Lena Dunham covered the fashion magazine, another feature that caused a stir, to say the least. 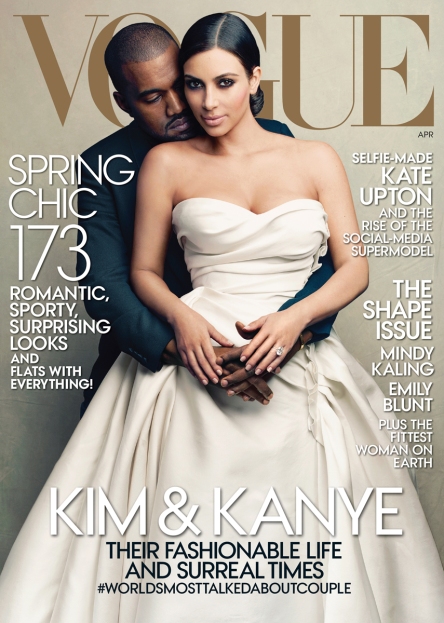 So what makes Kim and Kanye’s wedding/romance-themed spread such a trending, debate-worthy thing? For one, some people are confounded by how one of the most reputable high fashion glossies in the world would even entertain the idea of featuring a woman who has made a name for herself through both sex tape and reality television notoriety. Kim gushes constantly on her social media platforms about her love of fashion, but that devotion isn’t necessarily reciprocated by the fashion industry. Kanye too is an infamous public figure; his hubris and ego at times is downright insufferable.

Since Kim and Kanye’s Vogue feature debuted, fashion experts, celebrities, and just about everyone in between has had something to say about it. Some are indifferent, others think that it’s all part of a big, Anna Wintour-led publicity stunt, and many are even appalled. Model Naomi Campbell gave an eye-rolling explanation about the absurdity of Kim being Vogue cover-worthy, and many people took to twitter to express their confusion, outrage, and amusement.

In a statement about the controversial cover feature Wintour explained, “Part of the pleasure of editing Vogue, one that lies in a long tradition of this magazine, is being able to feature those who define the culture at any given moment, who stir things up, whose presence in the world shapes the way it looks and influences the way we see it. I think we can all agree on the fact that that role is currently being played by Kim and Kanye to a T.” Vogue dubs the pair “the world’s most talked about couple,” so perhaps it shouldn’t come as a surprise that they would be worthy of covering the iconic fashion magazine.

What do you think of Kim and Kanye’s Vogue cover?